The month before the actual ceremony was a blur. It felt like being on a roundabout; where someone is spinning and you're telling them to stop but they don't listen and you end up feeling dizzy.
Everything happened so quickly - there was so much to get done; documents to sign, programmes and slideshows to be made. The seniors (or Seniors of 16 as we call ourselves) came to school and later headed into town for a graduation photoshoot; all dressed up in our formal clothes that disguised the children we were underneath and projected the image of the adults we were about to become.

While taking photographs, we caught the attention of many locals. The Dutch do not celebrate graduation ceremonies like we do. Some even took photos of us as this was new for them to experience - but they didn't realize it was new for us too! You see, only two of the ten people in my grade are actually Dutch. The rest of us come from places like the United Kingdom, Greece, the United States of America, Morocco, Singapore, South Africa, Canada and Malaysia. It was quite the experience, wandering around the city in our caps and gowns.

The week before graduation
We were starting to rehearse for the actual ceremony and everyone paid careful attention, partially because of the significance of the ceremony and partially because it was to be livestreamed on Youtube for pretty much the whole world to see. As mentioned before, I attend an international school, so we have a different system of doing graduation ceremonies. For example, each graduate has to have a flag bearer to carry the flag of the graduate's country. In my case, it was my little sister holding the South African flag to represent my nationality. After rehearsal, our class brainstormed ideas for graduation. Everyone was furiously trying to find the right words for their speeches, we were attempting to complete our senior slideshow, brainstorming ideas for a school gift and we practiced walking in heels on stage for the actual ceremony. It was a bit of a stressful time, given we had a week left and were still a bit unprepared.


The Day of Graduation 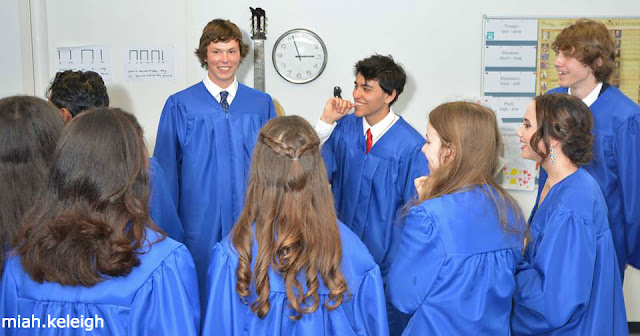 Graduation day was a lot more emotional than I had personally anticipated. My stomach was a kaleidoscope of cocoons and it felt like million of butterflies were about to emerge at any given moment. The actual graduation ceremony started off with the director of our school asking the guests to stand up. After we had been seated, there were a few speeches, a song performed by the staff choir and later, the director of our sister school in Zambia popped up on the screen to wish us luck for our futures and say thank you for the support our school community has given them.

Next, we moved on to speeches. It started with a speech given by a member of the staff, chosen by the students. We decided to ask a wonderful man, who we call Masoni (occasionally Kansas). The reason for this is because he is not only our teacher, but a friend. Simply put, our class agreed he is the best teacher we've ever had. After Masoni's speech, it was time for the students to personally address the audience and give their speech. 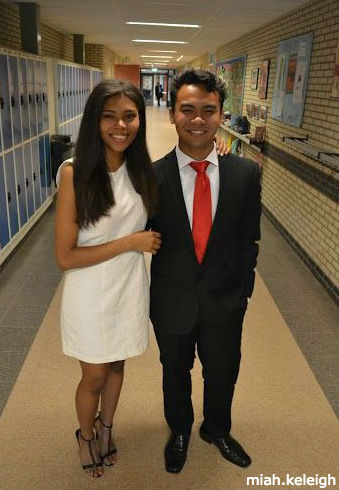 Every graduate gave a lovely speech. The speeches were almost as diverse as their readers; some speeches were filled with thank you's, others were very direct, a few were nostalgic, some were thought-provoking and the remaining, filled with humor. After the speeches, on the screen behind us, a slideshow which the seniors had created,appeared. It showed our transition from childhood to early adolescence, as well as all of our favourite memories. When the slideshow finished, the graduates were asked to rise and  move our cerulean tassels from the left to the right. 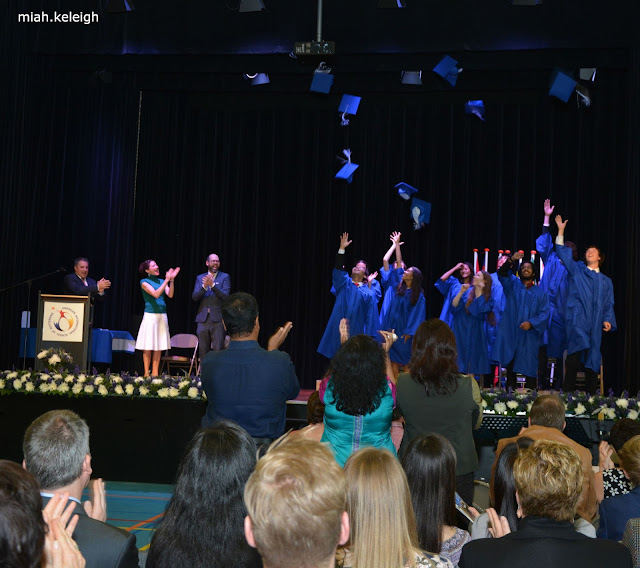 We then threw our caps into the air. As we did so, we shed our high school selves, with all of our friends and families watching. The audience was clapping, cheering, laughing, smiling. Our friends were applauding, we were looking at each other in disbelief as the photographer captured the last of our high school memories. Graduation was over in the blink of an eye. Twelve years of school. Gone. Just like that..

June 12, 2019
One thing I often get asked when I travel is 'how do you travel low-waste?', so in today's post, I want to share what I've learnt about traveling sustainably. Often people forget that where they're going may have the biggest impact on sustainable travel. It's no secret that traveling by train is the greener option and should probably the first choice for travel if the destination is close, but if you're flying, here's ways to reduce your carbon footprint.
1. Before you leave

Try to book a direct flight to save on carbon emissionsGo digital  - Download all tickets and refuse paper receipts (unless you need to keep info on paper). This also includes downloading entertainment, instead of buying books or magazines before your trip. Try and get the books secondhand or from the library. Travel light - People pack more than they will ever need to use or wear while on holiday. I try to travel using only carry on luggage by taking into consideration t…
6 comments
Read more

April 24, 2018
I wear makeup often. About four days out of the week, and I like to do a full coverage routine. It's a preference that I've had for ages as I feel like it just completes the whole makeup look but one thing about me is that I don't clean my brushes nearly as often as I should.  I've recently gotten in the habit of doing so because if I don't, I get horrible breakouts on my cheeks, nose and along my jaw. My skin type is oily and oily skin can also be very acne prone so breakouts are often unexpected. To keep them at bay, I  simplified my skincare routine. I've narrowed it down to three cruelty-free and zero waste products which I use almost daily.

March 05, 2018
I was looking through some old posts for future inspiration and i came across my old post about what I keep with me when I travel. A lot has changed since that post regarding beauty and skincare and I'm excited to share it with you! As always, everything I own regarding beauty and most things I own regarding skincare (unless medicated) are cruelty-free or vegan. Here's what is in my current travel makeup bag, in the order that I apply my products!
Eyebrow Kit & Lashes


The Wet n Wild Eyebrow Kit in the shade 'Brunette' has been a holy grail in my makeup kit, not just when I travel. I love that it comes with two pressed eyebrow powders; a dark brown and a black. It includes a wax to set the hairs in place, a tweezer for any last minute fixes, a brush applicator to apply the product and a built in mirror for only €4.79 if you purchase it from BoozyShop. It's one of my favourite drugstore purchases and if you're looking for a new eyebrow product, this might be a …
1 comment
Read more