Why Zero Waste Is Important To Me

December 30, 2017
You might be wondering where this idea came from and it's all thanks to a truly inspiring woman named Bea Johnson, or as you may already know, the creator of Zero Waste Home. I discovered her Youtube Channel about two years ago after a trip to Costa Rica where I learned about sustainability within the Leatherback Sea Turtle population and after that trip, I wanted to be more sustainable in my every day life. After finding Bea, I came across the zero waste community and was so  moved after watching a TED talk given by Lauren Singer from Trash Is For Tossers. I did everything I could to understand the lifestyle. 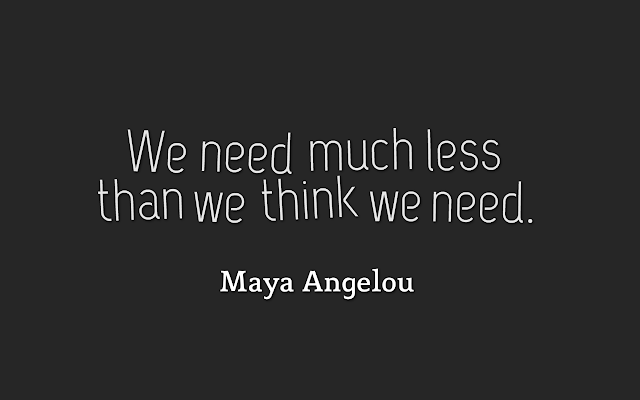 I have a lot of shit I don't need - that's a given. Upon discovering all of this information regarding zero waste, I realized just how much I didn't need. I started selling, donating, repairing. Writing a grocery list to avoid impulse purchases. Becoming aware of my plastic consumption; using tote bags for grocery shopping, recycling cardboard and the some plastic wrapping that came along with  items when I ordered online,  buying a stainless steel straw to avoid using one plastic straw and then throwing it away after I'm done, purchasing a bamboo travel cutlery kit so I avoid single use disposable plastic forks, knives and spoons. It sounds extreme, and it probably sounds expensive. I won't lie, sometimes it is an investment, but it's definitely saving me loads of cash in the long run.

My overall goal is essentially to live a sustainable lifestyle where I don't have to worry about running out of important resources such as water, food and clean air. All basic needs and rights, but ones we are running out of due to pollution, droughts and other natural disasters. I can prevent some of that, or at least the impact by being more careful with my purchases, as every purchase is a vote to a company to produce more or less as the reaction of the customers determines whether or not a product is continued.

Living a zero waste lifestyle doesn't mean you don't produce any waste. In fact, you still produce waste indirectly but it does mean you're trying to reduce the amount of waste you create; food, plastic, cardboard etc. You do this through means of recycling, switching to energy saving light-bulbs, shopping at your local farmers market for fruits, bread, flowers and vegetables. I promise, they're so much cheaper and fresher, too! Additional eco-friendly swaps include repairing clothes, getting a compostable toothbrush instead of repurchasing plastic ones, donating or selling items, buying only what you need, making simple swaps such as stainless steel straws instead of plastic ones, buying canvas bags to last you longer than your plastic bags do - especially since they all end up in one big ball in your kitchen cupboard and you end up having to buy new ones which inevitably is such as waste of money and takes up huge spaces in landfill!


In many ways, when transitioning to a zero waste lifestyle, you are becoming a minimalist. In doing so you're not only saving tons of water, electricity, reducing air pollution, reducing plastic, reducing transport costs etc but you're also saving money in the long run. To see what I mean, watch Lauren Singer's TED Talk here.

I'm nowhere near zero waste. Far from it, actually. There are loads of days when I have zero waste fails such as forgetting my canvas bag so I'm forced to get a plastic one when grocery shopping. I also still have a lot of hair and skin products in plastic packaging that I have to finish before I create my own products to further my zero waste lifestyle. This is, however, my start and it is definitely not where I plan to stop. I want to get to the point where I have less plastic packaging and more items in packaging I can recycle properly such as stainless steel containers for lunch / leftover foods, glass containers containing a variety of products and items such as cleaning products, foods (pasta, rice, quinoa, dried nuts and fruit, chocolate) and teas from bulk stores. I want to keep my bread in fabric bags instead of the silly packaging they come in that has one function for one time only.  It's ridiculous how conditioned we are to spend money, so every day I am doing my bit to be more sustainable, trying to reduce my carbon footprint, aiming to be eco-conscious and try to take care of the earth. Do I get a lot of shit for it? Absolutely. In a society that encourages consumerism, how can I not? But this doesn't stop me from trying to be sustainable. I respect those who don't want to give up what they're used to as I agree, it is a big change but it's not difficult at all. Small changes always matter, big changes need them to create a ripple effect, an impact, a revolution.

June 12, 2019
One thing I often get asked when I travel is 'how do you travel low-waste?', so in today's post, I want to share what I've learnt about traveling sustainably. Often people forget that where they're going may have the biggest impact on sustainable travel. It's no secret that traveling by train is the greener option and should probably the first choice for travel if the destination is close, but if you're flying, here's ways to reduce your carbon footprint.
1. Before you leave

Try to book a direct flight to save on carbon emissionsGo digital  - Download all tickets and refuse paper receipts (unless you need to keep info on paper). This also includes downloading entertainment, instead of buying books or magazines before your trip. Try and get the books secondhand or from the library. Travel light - People pack more than they will ever need to use or wear while on holiday. I try to travel using only carry on luggage by taking into consideration t…
6 comments
Read more

April 24, 2018
I wear makeup often. About four days out of the week, and I like to do a full coverage routine. It's a preference that I've had for ages as I feel like it just completes the whole makeup look but one thing about me is that I don't clean my brushes nearly as often as I should.  I've recently gotten in the habit of doing so because if I don't, I get horrible breakouts on my cheeks, nose and along my jaw. My skin type is oily and oily skin can also be very acne prone so breakouts are often unexpected. To keep them at bay, I  simplified my skincare routine. I've narrowed it down to three cruelty-free and zero waste products which I use almost daily.

March 05, 2018
I was looking through some old posts for future inspiration and i came across my old post about what I keep with me when I travel. A lot has changed since that post regarding beauty and skincare and I'm excited to share it with you! As always, everything I own regarding beauty and most things I own regarding skincare (unless medicated) are cruelty-free or vegan. Here's what is in my current travel makeup bag, in the order that I apply my products!
Eyebrow Kit & Lashes


The Wet n Wild Eyebrow Kit in the shade 'Brunette' has been a holy grail in my makeup kit, not just when I travel. I love that it comes with two pressed eyebrow powders; a dark brown and a black. It includes a wax to set the hairs in place, a tweezer for any last minute fixes, a brush applicator to apply the product and a built in mirror for only €4.79 if you purchase it from BoozyShop. It's one of my favourite drugstore purchases and if you're looking for a new eyebrow product, this might be a …
1 comment
Read more